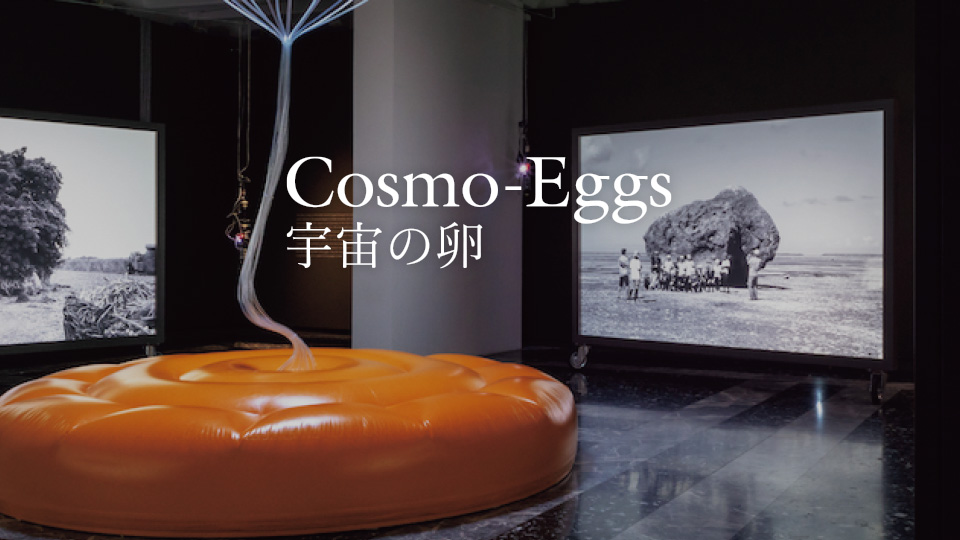 The Artizon Museum is delighted to host the homecoming exhibition of “Cosmo Eggs”, first exhibited at the Japan Pavilion (organized by the Japan Foundation) at the 58th Venice Biennale International Art Exhibition. The Japan Pavilion, International art Exhibition-La Biennale di Venezia, was built in 1956 with funding provided by Shojiro Ishibashi, founder of the Ishibashi Foundation. It is thanks to this historical connection that the Artizon Museum has decided to present the homecoming exhibition of the Japan Pavilion’s Venice Biennale show. Curated by Hattori Hiroyuki, the exhibition “Cosmo-Eggs” is realized by specialists from distinct fields –an artist, a composer, an anthropologist and an architect –and explores themes of coexistence and symbiosis between human and nonhuman entities. The homecoming exhibition will feature a reorganization of the original “Cosmo Eggs” Biennale show in accordance with the exhibition space at the Artizon Museum. Adding the original installation, in which video, music, words and space exist and co-exist as individual elements, the homecoming exhibition will also present new items such as additional documents and archives. 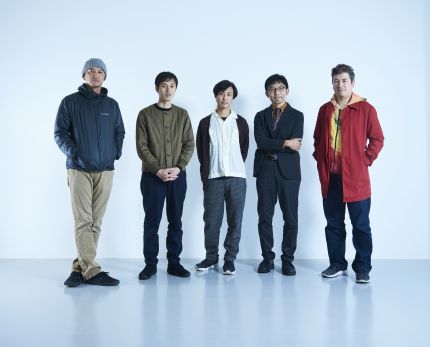 HATTORI Hiroyuki (b. 1978)
Curator and associate professor at Akita University of Art. Hattori engages in projects and exhibitions with a focus on Asia. He has been the curator of the Aichi Triennale 2016 and co-curator of “Going Away Closer: Japan-Cuba Contemporary Art Exhibition” (Japan/Cuba, 2018).

Artists:​ ​
SHITAMICHI Motoyuki (b. 1978)
Artist. Shitamichi’s most notable works include the series “torii”, for which he photographed temple gate remnants (“torii”) from Japan’s colonial era, and the “Tsunami Boulder” project, which photographically records large boulders carried onshore from the seafloor during large tsunamis.​ ​

YASUNO Taro (b. 1979)
Composer. Yasuno’s composition and media art projects often include collaborations with other artists. His series “Zombie Music” features a multitude of recorders played automatically through machines and artificial airflow.

ISHIKURA Toshiaki (b. 1974)
Anthropologist and associate professor at Akita University of Art. Specialized in religion and mythology, Ishikura engages in numerous projects that connect anthropology with contemporary art, often in collaboration with artists.

NOUSAKU Fuminori (b. 1982)
Architect. Adding to his architectural works, Nousaku also engages in creating artworks and spatial installations. In 2016, Nousaku contributed to the Japan Pavilion at the 15th Venice Architecture Biennale, earning a Special Mention Award.

Official site presented by project members： "Cosmo-Eggs"
You can find documentation and archives for this project.

* You can also see the other exhibitions held at the same time.
*On-line tickets must be purchased up to 10 minutes before the end of each time slot.
*Same day tickets on sale at museum are available only for time slots that have not reached full capacity. 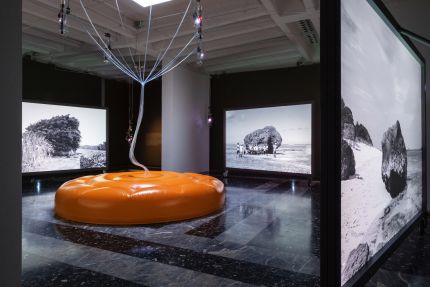 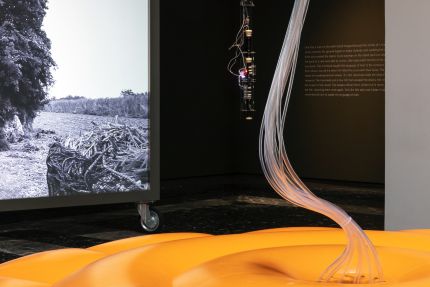 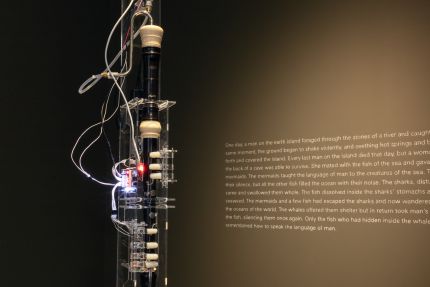 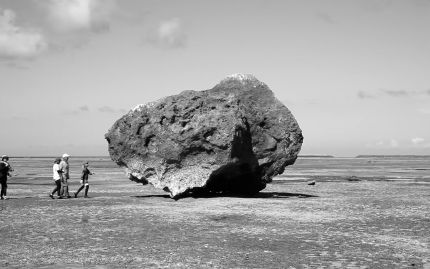