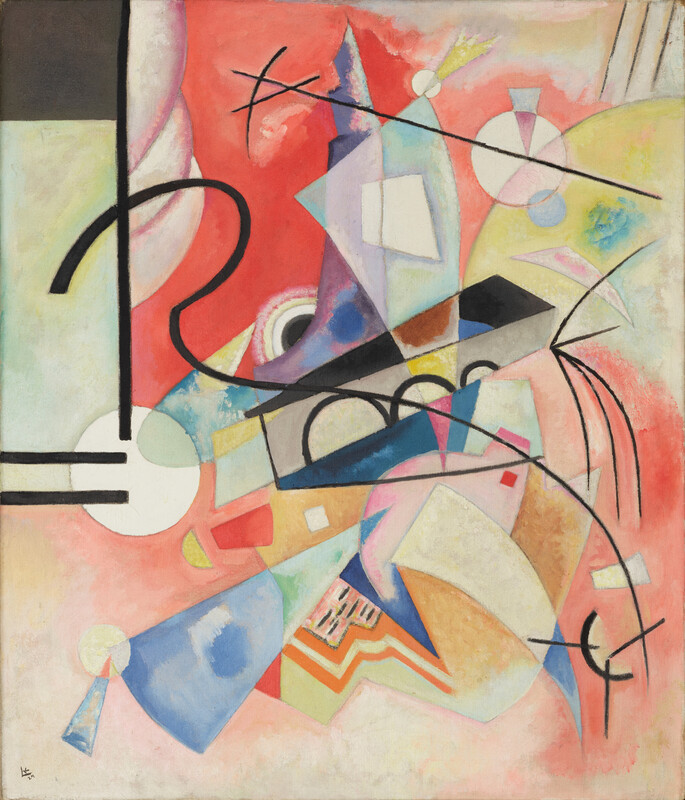 The painter Kandinsky had a crucial role in the emergence and development of abstract painting in the early twentieth century. To Kandinsky, painting was a spiritual exercise in which he explored composition based on the autonomous movement of colors and lines. In 1911, after exhibiting with the Berlin Secession, the Salon d’Automne in Paris, and Die Brücke in Dresden, Kandinsky formed The Blue Rider (Der Blaue Reiter), whose members also included Franz Marc. After the revolution in Russia, Kandinsky held important offices in art administration and education in his native country. Then, in 1922, he joined the Staatliches Bauhaus in Weimar at the invitation of the architect Walter Gropius. Self-Illuminating was produced in 1924, two years after Kandinsky joined the Bauhaus. The artist’s initials and the year are recognizable in the lower left corner of the canvas. On the reverse, the work is also inscribed with the artist ’s monogram, the title, the handlist number 272, and the year. According to the painter’s own handlist, this work was produced between March and July 1924, prior to the closure of the Weimar Bauhaus.
Small and large circles and squares, triangles, line elements, and other shapes overlap in the composition, which also features the diagonal lines characteristic of Kandinsky in this period. The skillfully positioned curved lines suggest a spiraling flow, which sets this work apart from others of the same period. Another distinctive feature is the white ground, which contrasts with the warm colors, including the red that commands the canvas. Thus the title, Self-Illuminating. 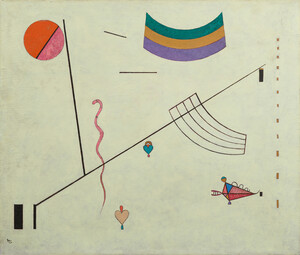 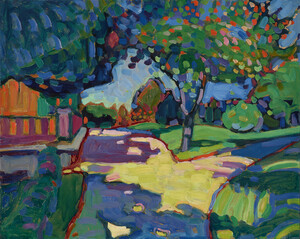