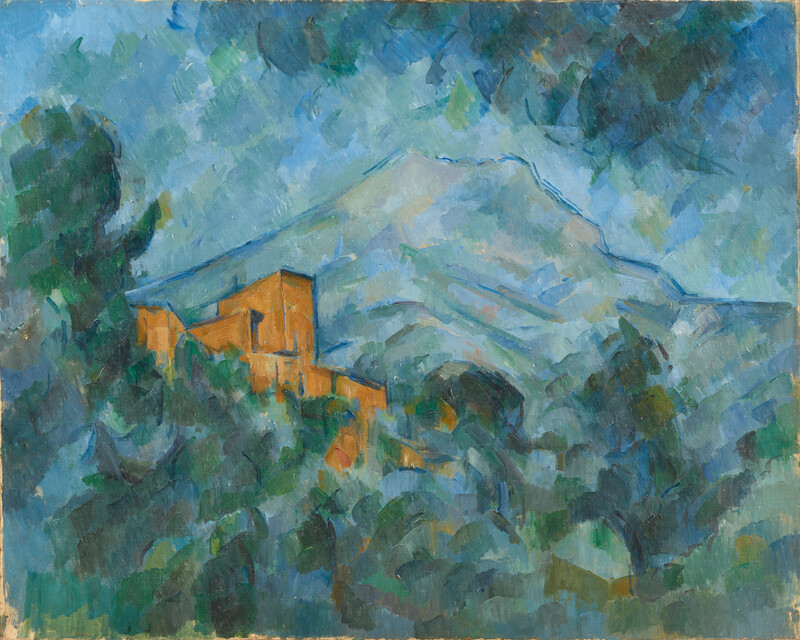 Cézanne sought to go beyond the Impressionist effort to capture on canvas the glowing moment seen with one’s eyes and to create paintings with an enduring sense of volume, an eternal tenacity. Achieving those contradictory qualities within the same painting was extremely difficult and required much trial and error. To realize his goal, Cézanne chose to distance himself from his Impressionist fellows and follow his own solitary path. He hoped to achieve his objectives by repeatedly painting several set subjects.
In the latter half of the 1880s, he produced a series of paintings of Mont Sainte-Victoire, a limestone mountain east of Aix-en-Provence, in southern France, where he was born. With this image. he succeeded at last in adding a sense of energy and resonance to the forceful picture plane, supported by vivid colors, in a work of great refinement.
This painting is the culmination of his experiments. In the foreground is a dense growth of trees. Several brushstrokes form a single block of color, carving out a rhythm and creating a sense of depth in the picture plane. The yellow building, the Chateau Noir, is the only geometric shape in this painting; placed in the center, it pulls the composition together. By painting the same subject repeatedly, Cézanne was able to retain the sense of immediacy of the scene as he had perceived it while achieving paintings with a structural quality. His revolutionary work quickly had a decisive influence on twentieth-century art, including Cubism, Fauvism, and Abstraction. 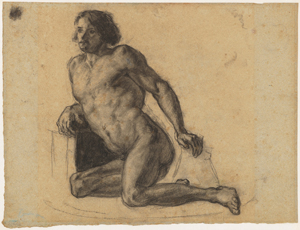 《Male Nude Leaning on His Elbow》 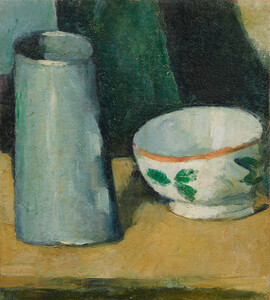 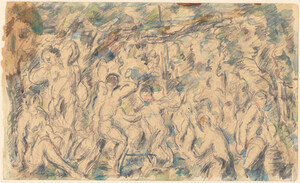 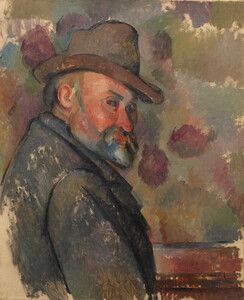 《Self-Portrait with a Hat》 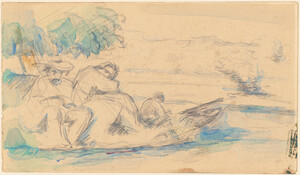 《Figures beside the Water》

c.1877  Pencil and watercolor on paper 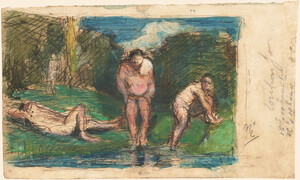 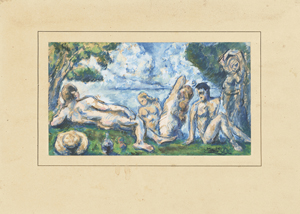