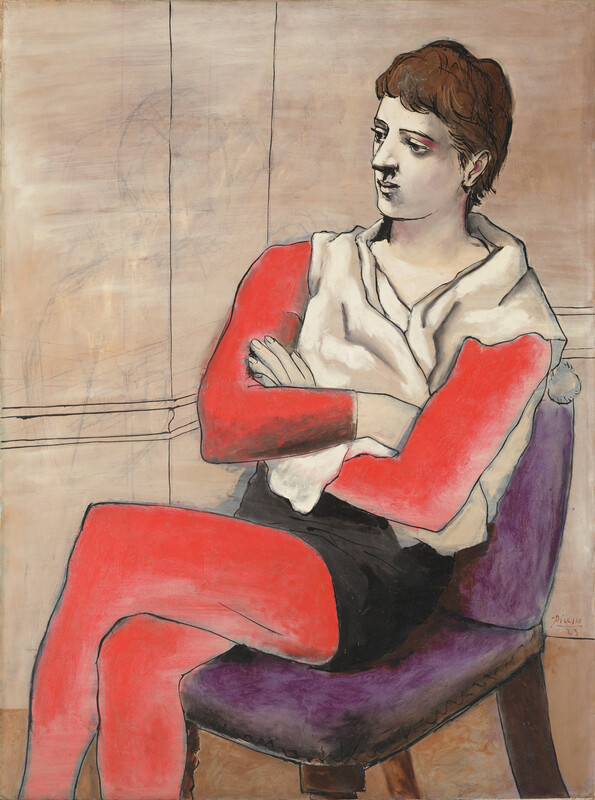 Picasso visited Italy during World War I; there, his contact with classic art and culture provided a powerful inspiration. As a result, from 1918, he entered his Neoclassical period, in which he depicted his subjects with the grandeur of classical sculpture. This painting dates from near the end of that period and could be said to be its crowning achievement.
The subject is a saltimbanque, a French term derived from the Italian saltimbanco, from saltare in banko (someone who leaps atop a bench). A saltimbanque is a performer who moves from one fair to the next to present an improvisational show.
The powerful black lines, refined yet striking color contrasts, skillfully designed, stable composition, and the saltimbanque’s unsullied expression all suggest a formative beauty shared with classical Roman sculpture. Picasso does not appear to have painted this out of pity for a marginalized performer. Rather, the saltimbanque is imbued with the dignified gallantry of a hero leading a new age. That effect is overlaid with the artist’s intention of surpassing traditional art with new techniques, the sophisticated results of his experimentation.
This painting was formerly in the collection of Vladimir Horowitz, who was known as an art collector as well as a leading twentieth-century pianist. He decorated the living room of his home with it. 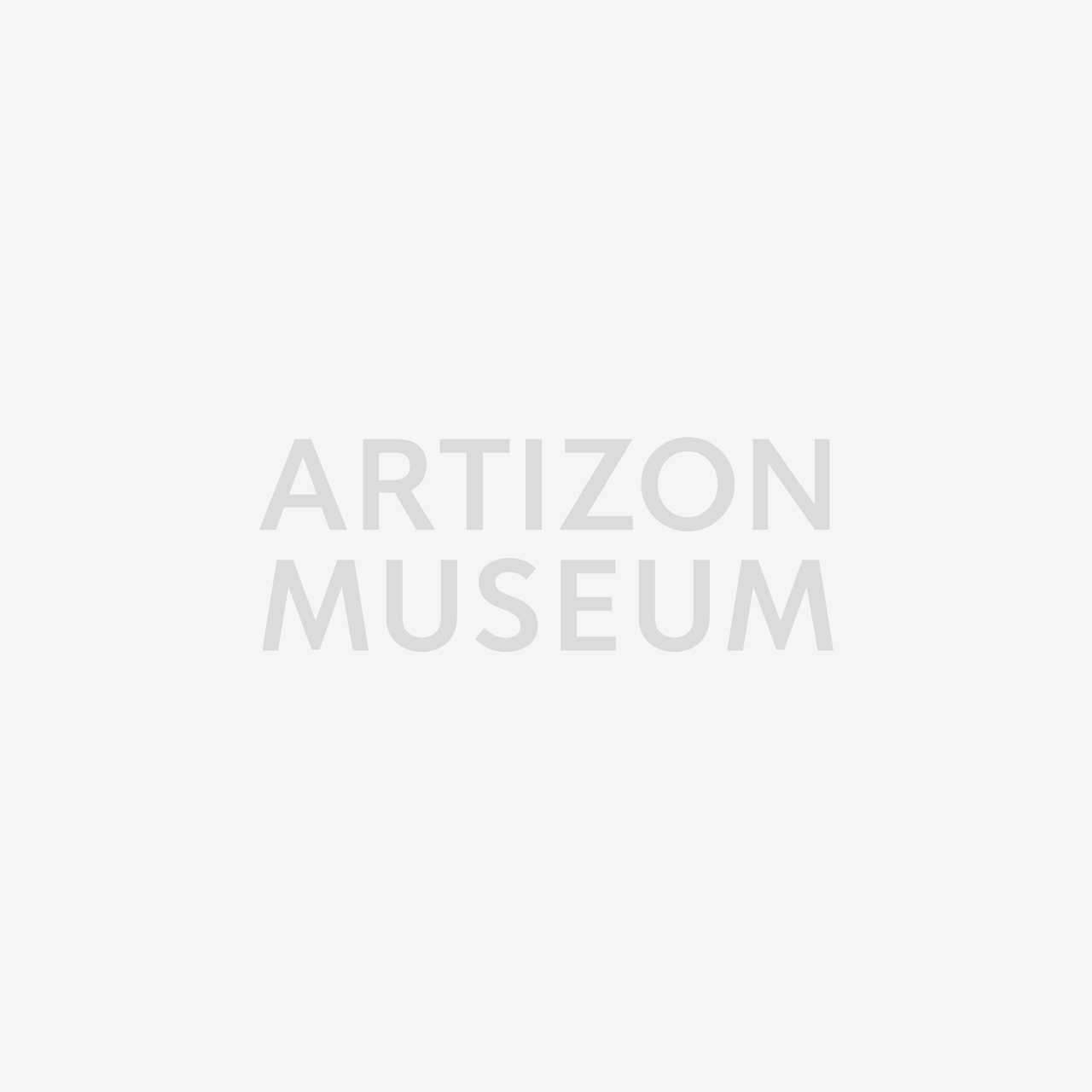 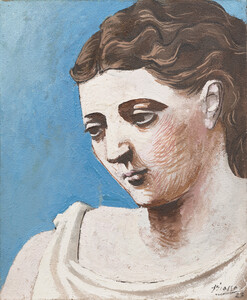 《Head of a Woman》 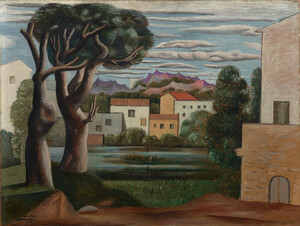 《Landscape with Dead and Live Trees》 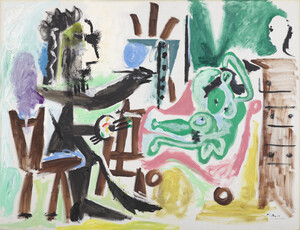 《The Painter and His Model》 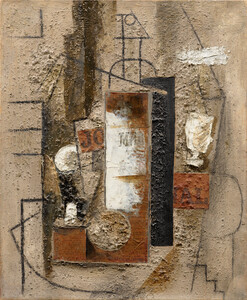