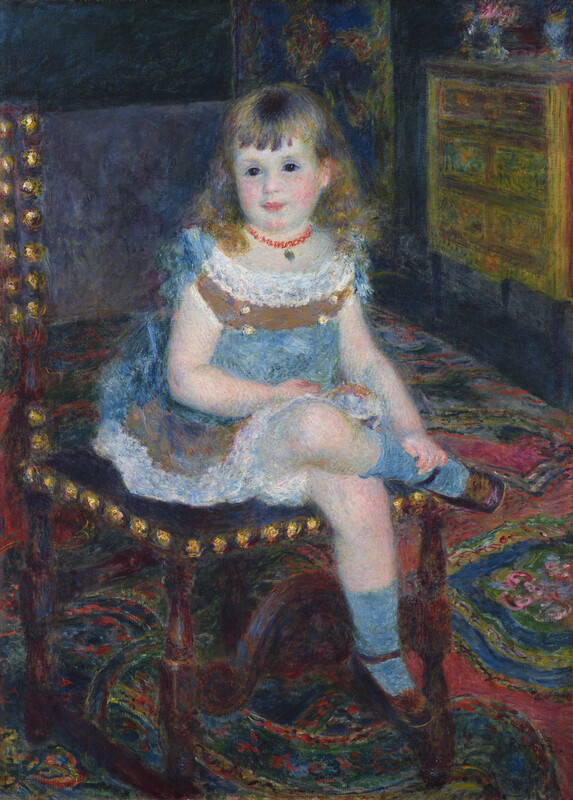 Renoir, an Impressionist, painted landscapes en plein air, as did his friend Monet. He also displayed an interest, early on, in urban genre scenes and paintings of the human figure. From his mid thirties, Renoir created many superb portraits.
The subject of this por trait is Georgette, the four-year-old daughter of Georges Charpentier. Seated on a chair, she is wearing a blue dress and socks and smiling. Renoir has vividly rendered his model’s relaxed state, in contrast to the formal atmosphere of the conventional portrait. Her rather grown-up pose, with her legs crossed, contrasts with the chair, which is too large for her, and highlights the little girl’s charm. Looking closer, we see that Renoir used blue lines in the shadows. The floor is covered with a carpet, and a vase of flowers decorates the chest behind her, giving us a sense of what affluent households in nineteenth-century Paris were like.
Charpentier, a Parisian publisher, both published novels by Zola and Maupassant and held a literary salon in his home. His wife Marguerite ran the salon, at which artists, politicians, and others could mingle. In 1875, the couple purchased three works by Renoir at the auction held by Impressionist painters. The artist thereafter was on close terms with both of them. The portrait of Georgette was the first Charpentier family portrait that Renoir was commissioned to produce. 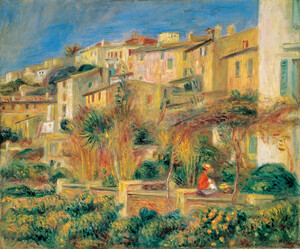 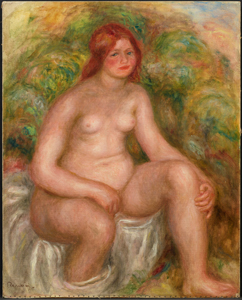 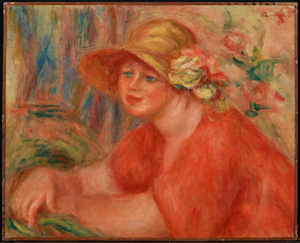 《Woman in a Hat with Flowers》 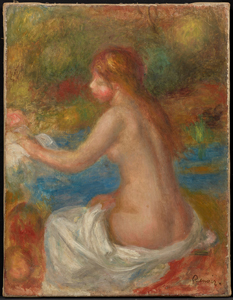 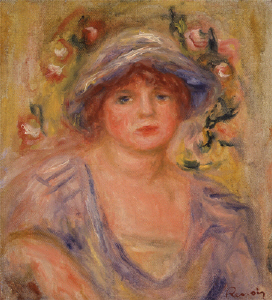 《Woman in a Blue Hat》 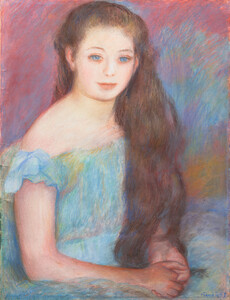 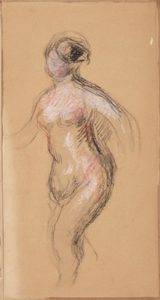 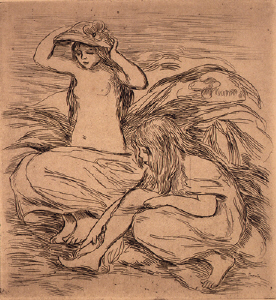