Aoki was born in Shojima-machi, Kurume, in Fukuoka. In 1899, intending to become an artist, he left Fukuoka Prefectural Meizen Middle School in Kurume to go to Tokyo and enter Koyama Shotaro’s Fudosha painting school. In 1900, he was admitted to the Western Painting Faculty of the Tokyo School of Fine Arts. In 1903, he showed his Yomotsuhirasaka and other paintings on mythological themes at the eighth Hakubakai Exhibition, winning the Hakuba Award. In 1904, after graduating in July from the Tokyo School of Fine Arts, Aoki went with Sakamoto Hanjiro, Morita Tsunetomo, and Fukuda Tane to Mera, a fishing port in Tateyama, Chiba Prefecture. During his stay there, which continued until the end of August, he produced A Gift of the Sea and other superb paintings on maritime themes. He showed A Gift of the Sea at the ninth Hakubakai Exhibition that fall, garnering further attention in the art world. However, his Paradise under the Sea, which he submitted with great confidence to the Tokyo Industrial Exhibition in 1907, received only the third prize, to his great disappointment. That August, at the death of his father in Kurume, he returned to his old home. His dream of returning to the center of the art world never realized, he roamed throughout Kyushu before his death from tuberculosis. Aoki’s career, brief as it was, placed him at the pinnacle of Meiji romanticism in painting.

Aoki Shigeru is the leading artist of the age of Romanticism. During his brief life, which ended at twenty-eight, he was always at the leading edge of his times.
In mid July, 1904, having just graduated from the Western Painting Faculty of the Tokyo School of Fine Arts, he set out on a sketching trip with his friends, the artists Sakamoto Hanjiro, Morita Tsunetomo, and Fukuda Tane, to Mera, at Tateyama, Chiba Prefecture. A Gift of the Sea is his masterwork from that month and a half in the fishing village, which faces the Pacific’s Kuroshio Current. Sakamoto later wrote that he had encountered a spectacular scene of fishermen returning with a big catch. After he went back and told Aoki about it, Aoki started working on A Gift of the Sea the next day. Sakamoto also wrote that the painting was utterly unlike the actual scene. Aoki’s transformation of the scene after hearing the eyewitness description reveals his imaginative brilliance and creativity.
The painting shows ten naked men carrying three sharks on their backs, moving along the beach in two lines. The figures in the middle of the group are bathed in strong light shining directly from the front. Aoki had absorbed the landforms and the customs of Mera and recreated them, in wild brushwork, in a theme filled with youthful energy. Since Aoki himself said nothing about what inspired him, researchers have offered various interpretations: the Parthenon friezes, the Pre-Raphaelites, an advertisement for medicine, or Mera’s shrine festival. 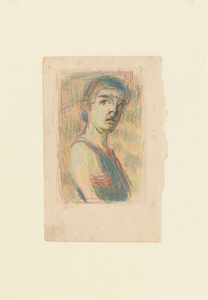 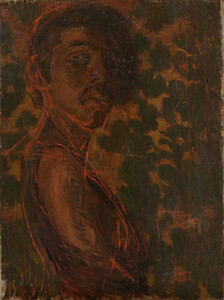 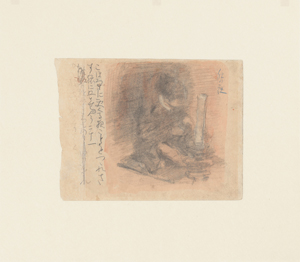 1902  Pencil and watercolor on paper 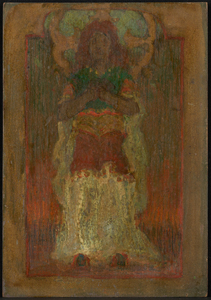 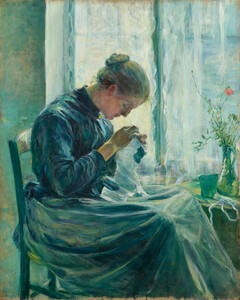 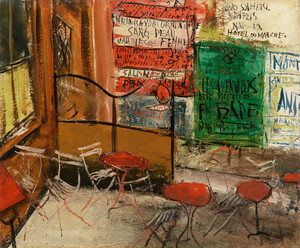 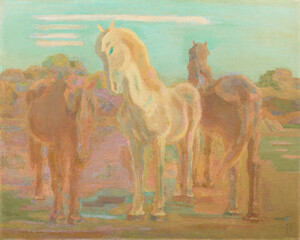 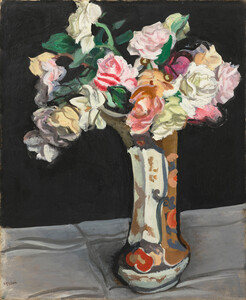